An Evening With H.D. Thoreau 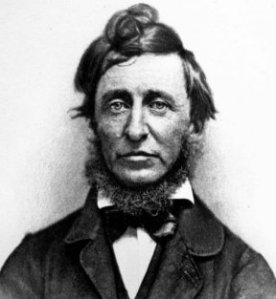 It was the last day of winter, and the Crandall Monday Evening Book Discussion Group had gathered to discuss two of Henry David Thoreau’s most influential essays.  The discussion was moderated by eminent Thoreau scholar Richard J. Schneider.  Mr Schneider was accompanied by his lovely wife Mary, and was greeted by an enthusiastic crowd.  I must admit that I wasn’t surprised to sense a sort of quiet inspiration.  After all, both On the Duty of Civil Disobedience and Walking have long  inspired man and movement alike.

Looking rather dapper in a blue button down shirt and dark pants, Mr Schneider served-up a mini-library of relevant materials for examination.  He also offered an edifying PowerPoint presentation, which explored the historical and conceptual aspects of both essays in considerable detail.

Our next meeting is slated for April 16, 2012, and will feature The Widower’s Tale by Julia Glass.  According to Publishers Weekly, “Glass spins a beautifully paced, keenly observed story in which certainties give way to surprising reversals of fortune. . . . A dramatic, thought-provoking, and immensely satisfying novel.”  I can’t wait to to talk about it.

Mark Ruffalo Reads from On the Duty of Civil Disobedience

Select H.D. Thoreau at the Library

The Heart of Thoreau’s Journals

A Week on the Concord and Merrimack Rivers

My friend and fellow Thoreau enthusiast Sue Pierce wanted me to let everybody know that The Thoreau Society hosts an annual gathering in Concord, Massachusetts.  This year’s gathering is titled Celebrating 150 Years of Thoreau’s Life, Works, and Legacy, and features scientist and author extraordinaire E.O. Wilson.  Details can be found here.

Sue also wanted to recommend two relevant titles, which are both available via the library system.  The first is The Thoreau You Don’t Know by Robert Sullivan.  In her own words, “purists may scoff at it, academics may recoil, but I think it’s a good start for someone who is completely new to Thoreau, or was forced to read him in junior high, and left it at that.  Among other things, it discusses the times he lived in, and helps you to understand some of his actions against that background.  And he describes a modern-day pilgrimage to Walden Pond, warts and all.  It’s not quite as bad as he says it is, but it is someone of an eye-opener on one’s first visit. It just might get folks interested enough to take another step, and read more about him in general.”  You can find a New York Times review here.  The second work is Thoreau: A Life of the Mind by Robert D. Richardson.  As she enthused, “this one is fantastic. I have read it over and over.”  You can find more info here.

We are scheduled to read Rebecca Skloot’s The Immortal Life of Henrietta Lacks on June 18, 2012.  According to Booklist, which gave the work a starred review, “Skloot tells a truly astonishing story of racism and poverty, science and conscience, spirituality and family driven by a galvanizing inquiry into the sanctity of the body and the very nature of the life force.”

Phyllis Miyauchi wanted to let group members know that on April 26th, 2012 “Saratoga Reads will hold a discussion with the son of Henrietta Lacks at Bernhard Theater at Skidmore at 7 p.m.  He will describe what it was like, decades after the fact, to find out that his mother’s cells were being used for research worldwide.  Joe Donahue of WAMC Northeast Public Radio will moderate the discussion.”

Check out the book trailer below, and if you like what you see, maybe Phyllis and I will see you there…