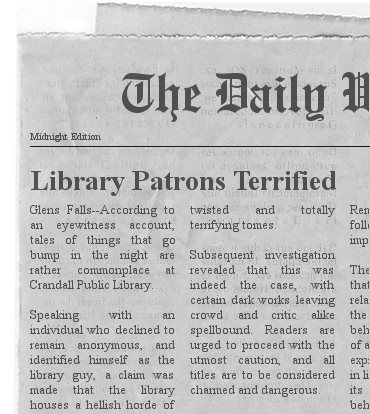 The moon, a filmy oozing orb framed by the blackest of nights, bathed my sleeping chambers in a most menacing light.  Freshly awoke from a feverish slumber, this state of affairs did little to dispel a sense of unease, no doubt emanating from the disturbing dream that I now feel compelled to share with you.  Seized by the wonderlust, I sunk my fangs deep into the warm and throbbing jugular of the Internet.  I was immediately overwhelmed, nearly driven mad by the ceaseless babble of meta-data coursing through my neural circuitry.  Of particular note were three twisted tomes, whose titles were repeated over and over, like some sort of perverse mantra, an unholy chant if there ever was one.  All I can say, dear reader, is that if you decide to proceed further, please prepare to be scared witless…

“Late one snowy night, Sylvie Mason hears her parents talking on the phone. A little later, they drive with Sylvie to a church, where–as Sylvie sleeps in the car–they are murdered in the church’s basement. The question of who killed Sylvie’s parents is only the first of many mysteries that unfold in John Searles’ Help for the Haunted, an expertly-wrought, coming-of-age story with a healthy dose of creepiness. Searles takes his time introducing us to his characters–Sylvie, her older sister Rose, their demonologist parents, and a handful of suspects–but in a very calibrated way, he doles out chills and family secrets that heighten the tension with each turn of the page.”  –Amazon 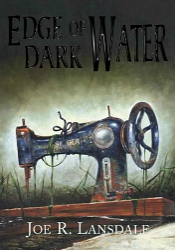 Edge of Dark Water is a “chillingly atmospheric stand-alone set in Depression-era East Texas. When 16-year-old Sue Ellen Wilson finds the body of her friend May Lynn Baxter in the Sabine River, weighed down by a sewing machine, she’s appalled that May Lynn’s father, “a known hot-head and knife fighter,” and uncle would rather ignore the crime than report it. Sue Ellen and her two best friends, Terry Thomas, whom everyone thinks is a sissy, and Jinx Smith, a feisty “colored” girl, soon hatch an elaborate plan: burn May Lynn’s body and take her ashes to California, since May Lynn dreamed of Hollywood. When the trio discover money squirreled away by May Lynn’s dead bank robber brother, they decide to take it with them on a raft down the Sabine en route to California. Soon they must contend with more than just the current…”  –Publishers Weekly

“As a child, William Bellman nastily kills a bird with a slingshot but doesn’t suffer the consequences until decades later when all his good fortune starts crumbling away. Soon, a black-garbed stranger arrives, and William finds that he can save what little he has left if he agrees to enter into the spooky business concern that becomes Bellman & Black. You expected something lighthearted after the dark and intriguing knottiness of Setterfield’s No. 1 New York Times best seller, The Thirteenth Tale?”
–Library Journal